You know it’s viral when the project is featured on Conan and David Letterman’s top ten list! The goal was to inspire the ad world and introduce them to the power of connected devices before IoT was mainstream.

The shoes had built in sensors that paired with your phone to tell you more about your movements. The project was part of the Art, Copy, Code campaign developed by 72andSunny.

In just four weeks we created a prototype using off the shelf technology that was featured at SXSW. We then created version 1.0 which included enhanced features, a sleeker design, and multiple shoe personalities. 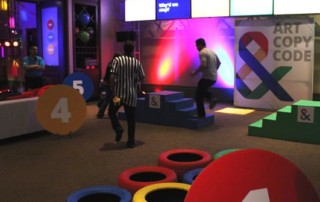 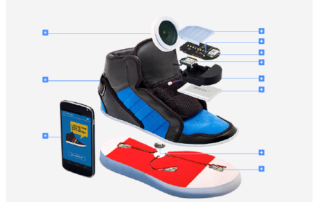 TELL ME MORE ABOUT YOUR PROJECT

Provide the same caliber of service as a big agency, but faster and more cost effective.